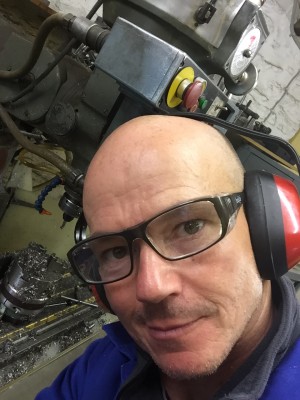 Patrick McLoughlin liked Pulse Products so much, he bought the company! With background in light engineering, Patrick has for many years been earning a living working in television.

After a motorcycle accident in 2004 left him with a serious leg injury, his rehabilitation was made possible with the help of Pulse Products, which he continues to use to this day.

Following Chris Bell’s retirement, Patrick has invested heavily in Highpath Engineering and is fully committed to building on Chris’s achievements. 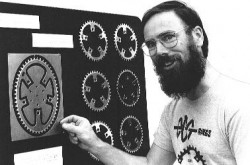 Chirs Bell was one of the founding figures at Highpath Engineering.  He was well-known for his ‘EGGring’ cycle chainrings which enjoyed an enviable reputation in the 1980’s, having been exhibited in London’s Science Museum and Millenium Dome, and used to win Olympic gold medals.

A passionate advocate for appropriate technology, Chris was proud to use a bicycle for everyday transport and epic charity rides. Our products and services would not be in existence without him.

We are sorry to announce that Chris Bell passed away on 5th August 2016 after a long fight with cancer.

Dave Wrath-Sharman was known for his ‘first principles’ approach to design, but came to the world of engineering with a background in fine-art.

He became well-known for his pioneering work designing and building offroad cycles long before the ‘mountain-bike’ arrived on the British scene, and he was the acknowledged world-authority on cycle hub-brakes, having produced some of the only ones that really work.

Send this to friend